Home Blog How to Recognize a Brain Injury 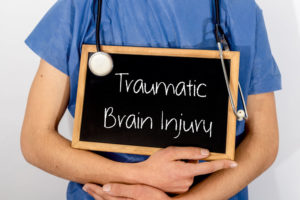 A person who has hit their head in an accident may be talkative and feel only a headache and a sore spot. Then suddenly the person may worsen and die several hours later. The confusion after a brain injury can cause an accident victim to be slow to realize he or she needs medical help.

Even with help, there’s no single test a doctor can administer to confirm the diagnosis of traumatic brain injury (TBI), the American Society of Neuroradiology says. It is a clinical diagnosis based on a doctor’s assessment of the circumstances of the injury, the patient’s symptoms, a physical examination and additional tests.

If someone you care about has suffered a brain injury in an accident, it could be up to you to recognize the symptoms and seek help for your loved one. You should know when to take a loved one to the hospital and when to summon emergency responders. You need to know what symptoms a doctor, nurses and paramedics need to know about.

The first rule of dealing with a potential brain injury is that anyone who has been hit in the head and rendered unconscious needs a full medical examination as soon as possible. You should see a doctor if a blow to the head causes behavioral changes or otherwise concerns you. “A mild injury to the brain is still a serious injury that requires prompt attention and an accurate diagnosis,” the Mayo Clinic says.

What is a Traumatic Brain Injury?

A traumatic brain injury (TBI) is a physical injury to the brain caused by a blow or sudden jolt to the head that causes the brain to be pushed against the inside of the skull. It also can be caused by a penetrating injury that tears into brain tissue. The trauma causes an interruption of the brain’s function that may be temporary or lasting, depending on the extent of the injury.

Every case of TBI is unique to the individual. The severity of a TBI depends in part on what part of the brain is injured and how widespread the injury is. In general, recovery may be slower among older adults, young children and teens, the Centers for Disease Control and Prevention (CDC) says. Those who have had a TBI in the past, including a concussion, are at greater risk of having another one. Some people also take longer to recover from a second or subsequent brain injury.

A TBI may include loss of consciousness. However, the lack of a blackout or only a brief loss of consciousness does not diminish the potential seriousness of the injury. Sometimes a TBI may appear right away, while other symptoms of brain injury may appear several days or even weeks later. In some cases, the brain damage from a TBI causes lasting loss of physical, cognitive and/or sensory abilities and/or behavioral control.

Typical causes of TBI include:

There are numerous symptoms of brain injury. The Mayo Clinic lists 17 signs and symptoms of mild traumatic brain injury and 13 additional symptoms that may appear within the first hours or days after a head injury and that indicate a moderate to severe TBI.

Any one of the following after an accident may indicate a serious head injury and requires immediate medical attention:

In addition to the signs or symptoms above, a child needs immediate care if he or she exhibits:

If you are dealing with an adult or child who has any of the symptoms above, phone 911 for emergency assistance, and as you wait:

When emergency responders arrive, be prepared to tell them how the person was injured and when and what symptoms you have observed. You may also be asked their age and any other medical conditions they have, any medications they take and whether they drink alcohol or take illicit drugs. If you know they take blood thinners, such as Coumadin, Xarelto or aspirin, it is important to inform medical providers because they can increase the chance of complications.

When a head injury victim is released from the hospital or other medical care, be sure to follow all of the health care professional’s instructions carefully.

If you or a loved one has sustained a brain injury in a car accident, truck accident or another type of accident caused by someone else’s negligence, you may be entitled to seek compensation from the individual who caused your injury. If the accident occurred in Indiana, you should speak with an experienced lawyer at Craig, Kelley & Faultless to understand your legal options. You should not have to shoulder the medical expenses and loss of income from missed work after a traumatic brain injury it the injury was someone else’s fault. Let us offer guidance during a free consultation.

Since 1999 the Indianapolis legal team at Craig, Kelley & Faultless, LLC have been dedicated to helping individuals and their families who have been injured or have lost a loved one as the result of someone’s carelessness. The firm was founded by three attorneys, David Craig, William ‘BJ’ Kelley II and Scott Faultless, since then they have added attorneys and legal professionals to the team and opened four additional office locations to better serve their clients.